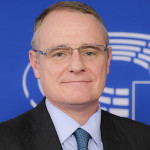 “We hope that many of the cities in the European organic cities movement, which includes 68 cities, will participate in the Award. It is a unique opportunity to make known our original, inclusive and successful experiences in sustainable food systems based on organic farming and climate protection.

The European Commission, in partnership with the Committee of the Regions and other stakeholders, is organizing the first time ever European awards in organic farming. More details can be found at https://ec.europa.eu/info/food-farming-fisheries/farming/organic-farming/organic-action-plan/eu-organic-awards_en . This is one of the actions explicitly included in the Commission’s Action Plan for the development of Organic production in the EU, approved last 25 March 2021.

I want to draw the attention of the members of Organic Cities particularly to the awards of best Organic city and best Organic bio-district. The deadline to submit the applications will expire next 8 June 2022. The award ceremony will take place next 23 September 2022 in Brussels, coinciding with the EU Organic Day.

There are already several national awards of Organic farming. However, this is the first time that a competition is organized covering simultaneously the 27 Member States of the EU. It goes without saying, that the winners will receive a very relevant recognition at European level. The jury will be composed of members appointed by the European Parliament, the Council, the Commission, the European Economic and Social Committee, the Committee of the Regions, IFOAM and Copa-Cogeca. I can only recommend you to read carefully the website, apply and wish you good luck!”