Italians live immersed in a universe of messages deriving from the urban world, written on the walls of the homes where many still live or on the walls of the public buildings with which they identify. They therefore perceive their own history above all as the concatenation of phenomena and events that took place in the city.

The history of the centuries from the 12th to the 13th century, when the Italian population increased at a much faster rate than in the past, producing profound and structural changes in the way people grouped together in towns and cities, and then in the way they worked, fed themselves, governed themselves, thought and believed, and celebrated, is perceived with all the more strength and conviction as the history of towns alone, and not of the countryside.

It was then that the network of cities became the most obvious element of difference between Italy and most of the rest of Europe, and that indelible and permanent marks were left on the territory and culture of the Italians. The fundamental traits of this ‘Italian variant’ were so strong that they did not change substantially even when the demographic collapse of the mid-fourteenth century upset, everywhere and again, the way of life of the people, emptying first and most noticeably the cities themselves.

With the increase in the number of people living in the city who consumed food that they did not produce themselves, who needed to keep warm with wood that they did not cut, who needed to cover themselves with fabrics whose fibres did not come from their animals or their fields, the problems of supply and distribution became particularly great, falling in various ways on the places of production, which were all in the countryside.

The countryside was therefore required to be much more profitable and produce much more varied products than before. The organisation of supplies, of the market places where the products of the countryside were gathered and the surpluses flowed in, and of the roads to reach them, also shaped the landscape in different ways, transformed the crops, the settlements, and changed labour relations and the system of ownership.

In the last centuries of the Middle Ages, therefore, a greater share of the territory’s resources than in the past received new value from the market and from urban consumption, according to which the countryside was transformed and developed. Everywhere the infrastructures for the processing of products multiplied, with mills, oil mills, crowds and gualchiere in the first place, following at the same pace the explosion of the urban population. The Lombardy region, for example, with its wealth of perennial watercourses, was well suited to the installation of watermills, which sprang up in large numbers near the major cities, and in some cases even within them. And Bologna, which from the end of the 12th century became a European metropolis, experienced a true season of ‘energy revolution’ in which watermills were the protagonists.

Was Carlo Cattaneo, an intellectual who lived in Milan in the mid-nineteenth century, right when he wrote that the countryside in Italy was built by cities? What is certain is that the cities of the 12th and 13th centuries, the places of trade and government of choice, exchanged their artisan and manufacturing production more and more intensively with that of the fields, woods and pastures, requiring that the agricultural production of their hinterland should pass through the rural markets and then have as its outlet the urban markets.

Thus it was that the two places, the urban and the rural, diversified again, precisely because – and when, and where – their economies became more integrated. This diversification and integration between the increasingly urban centre and its rural hinterland was particularly evident in communal Italy, where the countryside became a large and densely populated reservoir from which the city drained, by love or by force, every kind of grain and victual. City and countryside were, in these centuries at least, two sides of the same coin, and so it can be said that, to a large extent in Italy, it was the cities that also determined the history of the countryside. 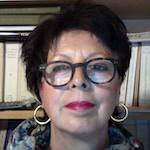 Gabriella Piccinni is Professor of Medieval History at the University of Siena, she is President of the Italian Center for the Study of History and Art (CISSA) and of the Scientific Committee of the Journal of Agricultural History as well as a member of the Steering Committee of the Italian Historical Institute for the Middle Ages (ISIME). She is also a member of the scientific committee of the Centro studi sulle campagne e sul lavoro contadino, of the Centro di Studi sulla Civiltà del Tardo Medioevo and of the “Bollettino dell’Istituto Storico Italiano per il Medioevo”. A student of Giovanni Cherubini, she has dedicated herself to the history of Italian society and economy in the last centuries of the Middle Ages.

This website uses cookies to improve your experience while you navigate through the website. Out of these, the cookies that are categorized as necessary are stored on your browser as they are essential for basic functionalities of the website to work. We also use third-party cookies that help us analyze and understand how you use this website. These cookies will be stored in your browser only with your consent. You also have the option to opt-out of these cookies. But opting out of some of these cookies may affect your browsing experience.
Necessary Always Enabled
Necessary cookies are absolutely essential for the website to function properly. This category only includes cookies that ensures basic functionalities and security features of the website. These cookies do not store any personal information.
Non-necessary
Any cookies that may not be particularly necessary for the website to function and are used specifically to collect user personal data via analytics, ads, other embedded contents are termed as non-necessary cookies. It is mandatory to procure user consent prior to running these cookies on your website.
SAVE & ACCEPT
Go to Top