Organic Action Plan launched by the EU: our comment 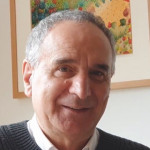 We are particularly happy that the role of Vienna in the ecological transition in Europe has also been given the recognition that it deserves. The city of Vienna, which holds the presidency of Organic Cities Network Europe, perfectly demonstrates the decisive role cities currently play, and will in future increasingly play, in the ecological transition of agriculture and food systems.

After the Easter holidays we will open a debate here on our website on the Plan for Organic Farming presented by the European Commission.”

What is the Organic Action Plan?

The Organic Action Plan is part of the European Green Deal, the overall aim of which is to boost the production and consumption of organic products, specifically to reach 25% of agricultural land under organic farming by 2030, as well as to significantly increase organic aquaculture. The Action Plan provides the rapdily growing organic sector with the right tools to achieve the 25% target. It puts forward 23 actions structured around boosting consumption, increasing production, and further improving the sustainability of the sector to ensure balanced growth of the sector.

To find out more about the European Green Deal and the role played by the Plan, read the press release issued by the European Commission